As well as stars and planets, SuperWASP can be used to find more exotic types of astrophysical objects. The SuperWASP: Black Hole Hunters project was set up to search for extremely rare signs that a hidden black hole is orbiting a normal star in a binary system. This page explains a little about the astrophysical processes that let us detect these elusive black holes and about the scientfic motivations for the project.

Black holes and neutron stars (referred to as “compact objects”) are the end-products of stars which are at least eight times more massive than our Sun, and which die in a violent super-nova explosion. Unlike our Sun, the vast majority of stars live with a companion in a binary (though triple systems are also common). Should the supernova explosion – which leaves behind the neutron star or black hole – not tear the binary system apart, then we're left with a compact object and “normal” star orbiting around their common centre of mass. Over a very long period of time, the orbital separation of the binary can shrink and the compact object can accrete material from the companion star. This phase of accretion is only a very small fraction of the system’s lifetime, but has allowed us to locate about 30 binary systems containing black holes and 100-200 containing neutron stars. However, these numbers are dwarfed into insignificance when we consider that computer-based simulations of our Galaxy predict hundreds of thousands of binary systems should be present but not actively accreting. These black holes and neutron stars are surely out there, but how do we go about finding them? 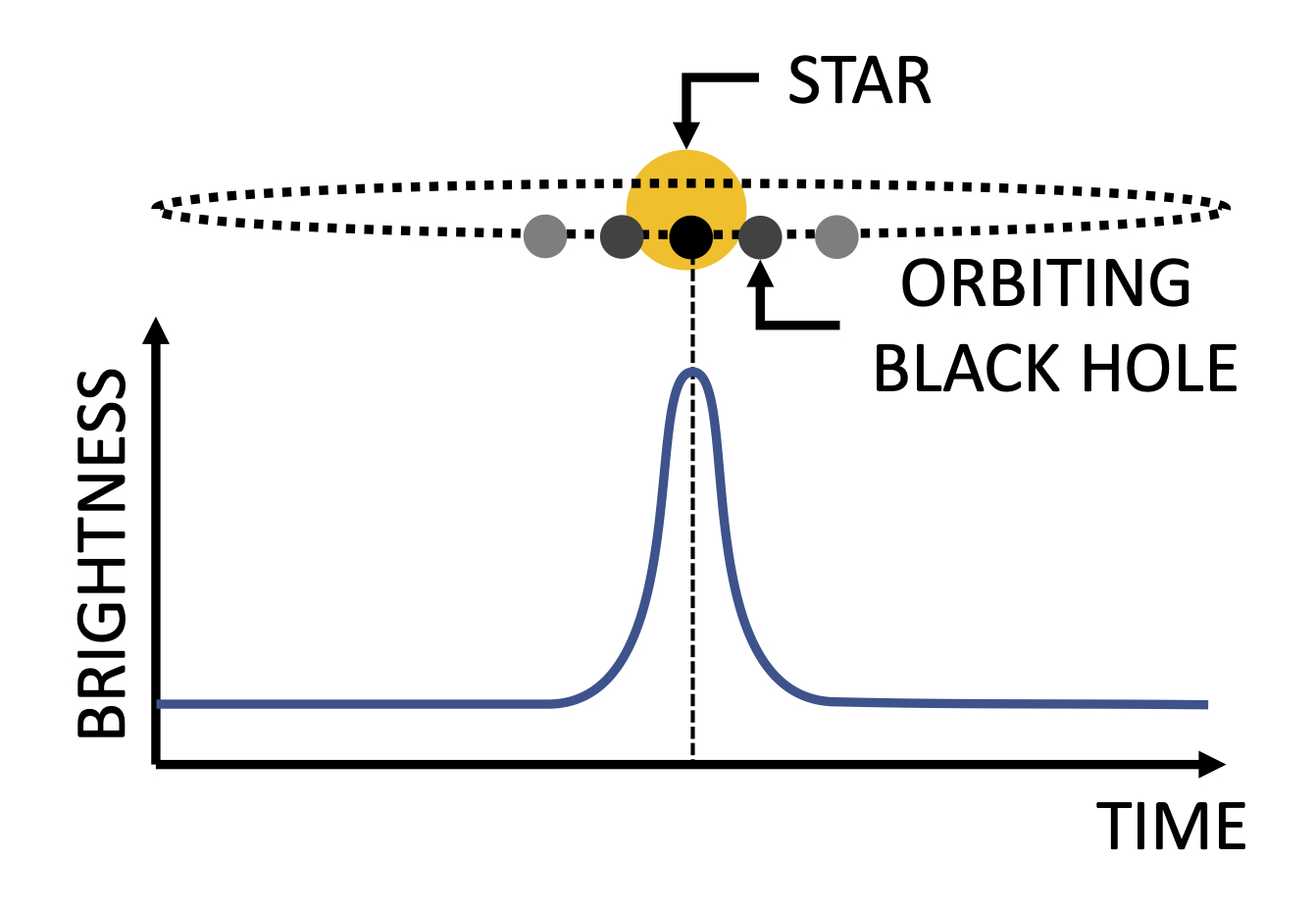 Figure 1: The light from a star is magnified when the black hole passes in front of it. This creates a distinctive peak in the lightcurve.

When a foreground object such as a black hole or neutron star passes in front of a much more distant, normal background star, we observe the effect of “micro-lensing”. Lensing more generally occurs due to the curvature of space-time caused by the mass of the compact object or “lens” bending the paths of photons from the source such that the source appears to have a larger area and is therefore brighter. If we could observe a lens passing directly in front of a source we would observe what’s called an “Einstein ring” and the time it takes is spends passing in front of the source and acting as a lens, is called the “Einstein crossing time”. Microlensing is an important tool in modern astronomy as it can be used to constrain the nature of dark matter and even search for exoplanets.

A special case of lensing takes place when we observe a binary system containing a normal star and compact object, close to edge-on. As the compact object passes in front of its binary companion on an orbital period, the normal star's light will be lensed and we will detect a characteristic periodic increase in the light (see Figure 1). If we can estimate the mass and radius of the normal star, then knowledge of the period and magnification leads us to a direct estimate for the mass of the compact object. This effect is called self-lensing and has been shown to work as white dwarfs have already; the stage is now set to discover neutron stars and black holes which are not accreting and otherwise hidden from us.

The SuperWASP project is currently funded and operated by Warwick University and Keele University, and was originally set up by Queen’s University Belfast, the Universities of Keele, St. Andrews and Leicester, the Open University, the Isaac Newton Group, the Instituto de Astrofisica de Canarias, the South African Astronomical Observatory and by STFC.

The Zooniverse project on SuperWASP Variable Stars was developed with the help of the ASTERICS Horizon2020 project. ASTERICS is supported by the European Commission Framework Programme Horizon 2020 Research and Innovation action under grant agreement n.653477